Meet Josh Malemba, the 20-year-old tech whizz who hopes to sit in the ranks of Mark Zuckerberg 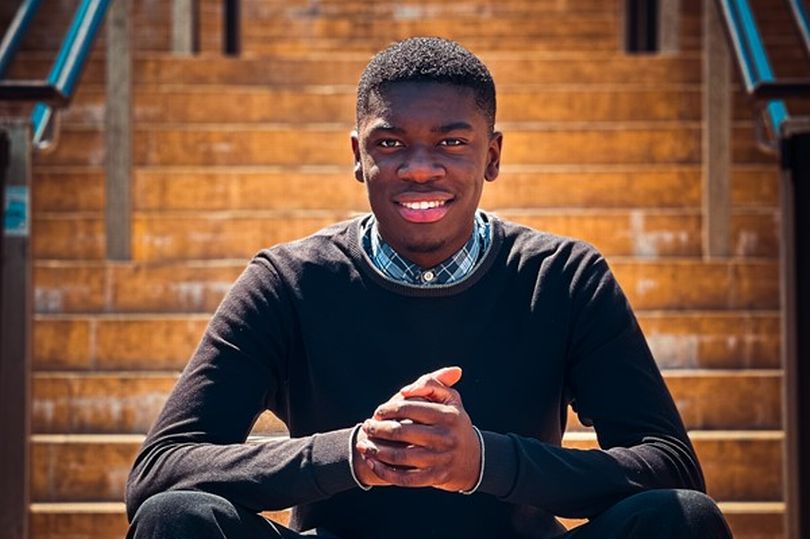 He's using his gift to teach and inspire the next generation

Josh Malemba had no idea that an after school hobby would turn into a lucrative business. Now at the age of 20, the Leicester student has created his very own company, CodeSuite, and he wants to teach the next generation how to get into the tech world.

He credits Mark Zuckerburg and his father as his main inspirations. Josh gave LeicestershireLive the rundown of where his coding journey began. He said: “I studied at QE, and I did my A-levels in business, economics and ICT, and it was around that time that I figured that I wanted to do computer science at university.

“After college, I went to the University of Leicester, where I currently study, but I’m on a placement year working as a developer. I actually picked up coding from my dad, and that was one of the greatest motivations as to why I started it.

“When I was around 13, my dad worked as a data analyst and his manager happened to know how to code – a skill he passed on to my father. The constant daily exposure to coding opened my dads eyes and so he really wanted me to get involved in the trade.

“If someone at such a young age could be get inspired to pick up such a crafty skill, imagine how far they could go. He came home one day and told me that I needed to get involved.

“It was quite daunting, because for one I had just entered my teens, it was something I’d never done before, and in school I never considered myself an A* student. For that matter, I never even consider myself as a candidate that would be good at coding, but I saw a lot of similarities between my love of gaming and the coding world.”

Josh told LeicestershireLive that he began practicing coding after school and it quickly became a hobby for him. He said: “People talk a lot about doing what you love and I really came to see what it meant to do what I love through coding.”

He added: “I think we should be taught to code at school because that’s the very place where we learn new knowledge and information. So if schools aren’t teaching us such skills – especially ones that can be monetised in several ways, then I want to be the one to bridge that gap, and so this is where CodeSuite was born.”

In 2021, at the age of 19, Josh founded his company which offers private mentoring for aspiring people who would like to learn how to code. His company also has a dedicated team that creates websites and mobile apps.

He said: “Whoever is interested in getting applications made for a new idea they may have, or a website made for their business, we’re the right people for that. We currently go into different schools and sixth forms for raise awareness of coding, because that’s something I never got, so its my way of giving back.

“Getting our feet into schools for the first time is something I’d consider a huge milestone because we it showed we are influencing the education syllabus. Last year, we ran a six week coding boot camp at a school Beaumont Leys – the area in which I grew up.

“At the end of it, every single child in the class said that they wanted to be developers, which for me was really satisfying because it showed the level of influence such programmes can have on young people. On top of that I was working with a lot of children from ethnic minorities, so to see them ready to step up and challenge stigmas was another huge achievement for me.”

He admitted that working with young children comes with its challenges. He said: “I have to be honest, working with teenagers was tough because they had a low attention span, so I had to filter my content to ensure that it was still informative but could keep students engaged.

“Another challenge I’ve faced as the founder of CodeSuite is that, sometimes we get clients who request things that are simply out of our scope, so I’ve had to learn the power of negotiation and compromise. There is always going to be challenges when owning a business, but I see each challenge as a learning opportunity.”

As someone who started his business during Covid, the tech genius had find creative ways to get his business out there. Josh said: “The pandemic forced me to hone in on my digital marketing and social media management.

“Because I couldn’t meet with clients physically, I had to do a lot of reaching out, advertising what CodeSuite does on a weekly basis, emailing countless head teachers – it was tedious but it was necessary to boosting my digital presence.”

Josh told LeicestershireLive that he wants his company to not only influence the education syllabus on a national scale, but he also hopes to partner up with exam boards to get coding into more schools. He said: “The current syllabus has a lot of unnecessary and out of date content, so the whole ICT side of things needs a revamp.”

He takes pride in the fact that he founded and runs such a unique business at a young age and as a black man: “In many areas and situations, black people face discrimination, so if I can have something about me that differentiates me and shows society that I can add value to it, then I can enter any room with confidence.

“Advice I’d give to the younger generation, is that the earlier you can nourish your gifts and talents, the better, because it gives you more time to feed those into new inventions. I also think it is important to network and use the resources around you – because the next person you meet, could open the door to your next big opportunity.”

We use cookies on our website to give you the most relevant experience by remembering your preferences and repeat visits. By clicking “Accept All”, you consent to the use of ALL the cookies. However, you may visit "Cookie Settings" to provide a controlled consent.
Cookie SettingsAccept All
Manage consent

This website uses cookies to improve your experience while you navigate through the website. Out of these, the cookies that are categorized as necessary are stored on your browser as they are essential for the working of basic functionalities of the website. We also use third-party cookies that help us analyze and understand how you use this website. These cookies will be stored in your browser only with your consent. You also have the option to opt-out of these cookies. But opting out of some of these cookies may affect your browsing experience.
Necessary Always Enabled
Necessary cookies are absolutely essential for the website to function properly. These cookies ensure basic functionalities and security features of the website, anonymously.
Functional
Functional cookies help to perform certain functionalities like sharing the content of the website on social media platforms, collect feedbacks, and other third-party features.
Performance
Performance cookies are used to understand and analyze the key performance indexes of the website which helps in delivering a better user experience for the visitors.
Analytics
Analytical cookies are used to understand how visitors interact with the website. These cookies help provide information on metrics the number of visitors, bounce rate, traffic source, etc.
Advertisement
Advertisement cookies are used to provide visitors with relevant ads and marketing campaigns. These cookies track visitors across websites and collect information to provide customized ads.
Others
Other uncategorized cookies are those that are being analyzed and have not been classified into a category as yet.
SAVE & ACCEPT
Powered by